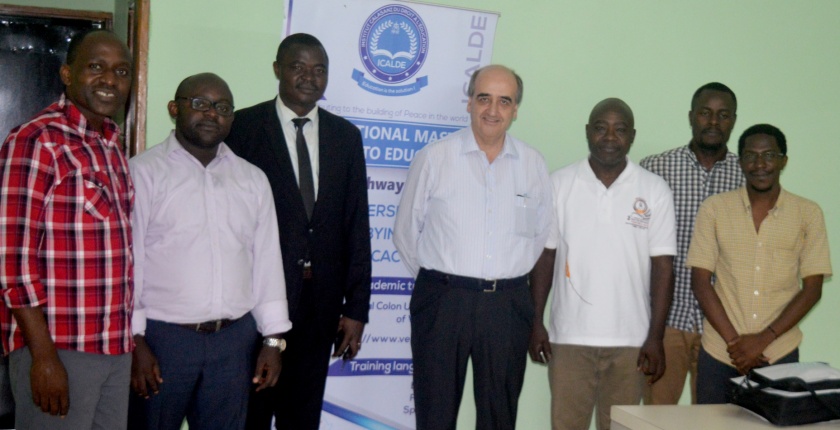 The Superior General of the Order of the Pious Schools Fr. Pedro AGUADO, in the presence of the Provincial Superior for Central Africa Fr. Evraristus AKEM and the Delegate General at ICALDE Fr. Jean de Dieu TAGNE, visited the headquarters of ICALDE this Friday, March 05, 2019. On site the Deputy Director of the Institute, Dr. Narcisse Talla proceeded to the presentation of the various offices that constitute this headquarters. This brief visit allowed the Superior General of the Pie School Order to touch the reality of the establishment of this institute, which will offer education stakeholders an online master’s degree in the right to education in schools in following specialities: leadership, lobbying and advocacy.

The Superior General did not leave ICALDE headquarters without having congratulated the team for the work accomplished so far. He renewed their unwavering support, and thereby that of the entire congregation for which he is responsible, for this Master’s degree to be launched in October 2019.

This visit comes after the chapter of the province of Central Africa where ICALDE was presented to all participants coming from all the Piarist presences in Central Africa (Cameroon, DRC, Gabon, Equatorial Guinea, Mozambique). This presentation was made by the Administrative Secretary of ICALDE Mr. Stéphane LONTSI, the Superior General took part in this meeting.