ICALDE > Actualités > News > Here comes the time of the defenses !

Here comes the time of the defenses ! 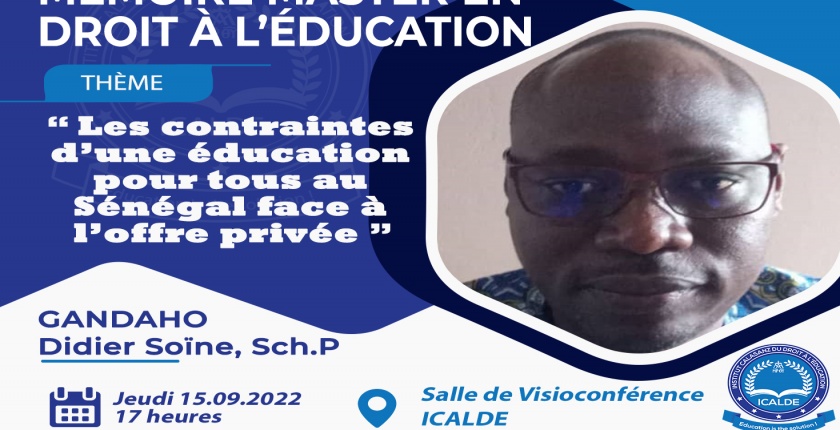 Two days later, it was Father Didier Soïne GANDAHO Sch.P’s turn to defend his master’s degree in education law. He prepared a thesis under the co-direction of Dr. Zoumana Diarra of the University of Pierre Mendez – France and Dr. Charles Tchagneno of the University of Grenoble – France. He worked on a theme entitled “The constraints of an education for all in Senegal in the face of private supply”.